The coastal desert and the Christ Child

On the eastern side of the Andes, sunny weather often prevails along the entire length of Peru, and northern and central Chile. Rain is uncommon and mainly occurs in relation with some very specific meteorological phenomena. However, when approaching the coast from the mountainside or, in Chile, from the Central Valley, one often dives into coastal clouds and fog, particularly in winter. This happens independently whether one travels from Huaraz down to Lima, from San Pedro de Atacama to Iquique or Antofagasta (as shown in the title image), or from Portillo or Santiago de Chile to Viña del Mar or Valparaíso. There is hardly any rain in or beneath the coastal fog. The existence of those fog deserts is the consequence of a complex interplay between ocean and atmosphere, which shall be investigated in some detail in this contribution. Let us first discover the major components of this system, and put the puzzle together afterwards. We will start at the beach of Viña del Mar in central Chile.

A swim in the Pacific Ocean

Lisa and Martin, who have just descended from an exhausting excursion to Portillo in the Andes, look forward to a swim in the Pacific Ocean at the beach of the Chilean seaside resort of Viña del Mar. They want to enjoy the expected warm water, which they know from the Mediterranean Sea which is located at a comparable geographic latitude. Something, however, seems to be wrong with the water.

Watch the video, and try to interpret the reaction of Lisa und Martin after they have entered sea. Thereby you can practice your German language skills.

You also have to visit the contribution on Lima in order to find out whether a swim in the Pacific Ocean is more pleasant there than in Viña del Mar.

Click on the arrows or into the photograph to dive into the coastal fog.

Particularly in winter, a persistent cloud cover can be observed along the west coast of the South American continent. Not only - as we already know - the sea surface temperature, but also the air temperature is extraordinarily low for the latitude, particularly in the tropical areas. In Lima, winter temperatures hardly exceed 20°C despite the location close to the equator. Particularly in the extremely arid coastal areas of southern Peru and northen Chile, some sparse vegetation is almost only concentrated along the slopes of the coast ranges. 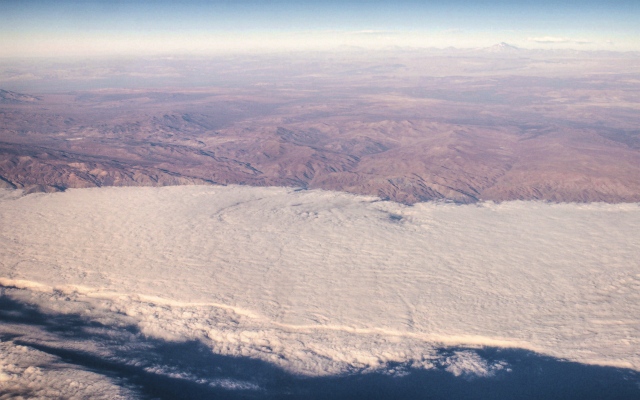 This graphics shows a west-east transect through the coastal area of the Atacama Desert in northern Chile. Due to the combination of the location in the desert belt of the outer tropics and the position in the rain shade of the Andes - and the high solar irradiation connected to both factors - one would have to expect high water and air temperatures in combination with low precipitation. Indeed, the Atacama Desert is one of the most arid regions in the world. The tradewinds blowing in offshore direction, however, upset the plans of all those who like to swim in warm water.

Click into the sea to investigate the effects of the offshore winds. 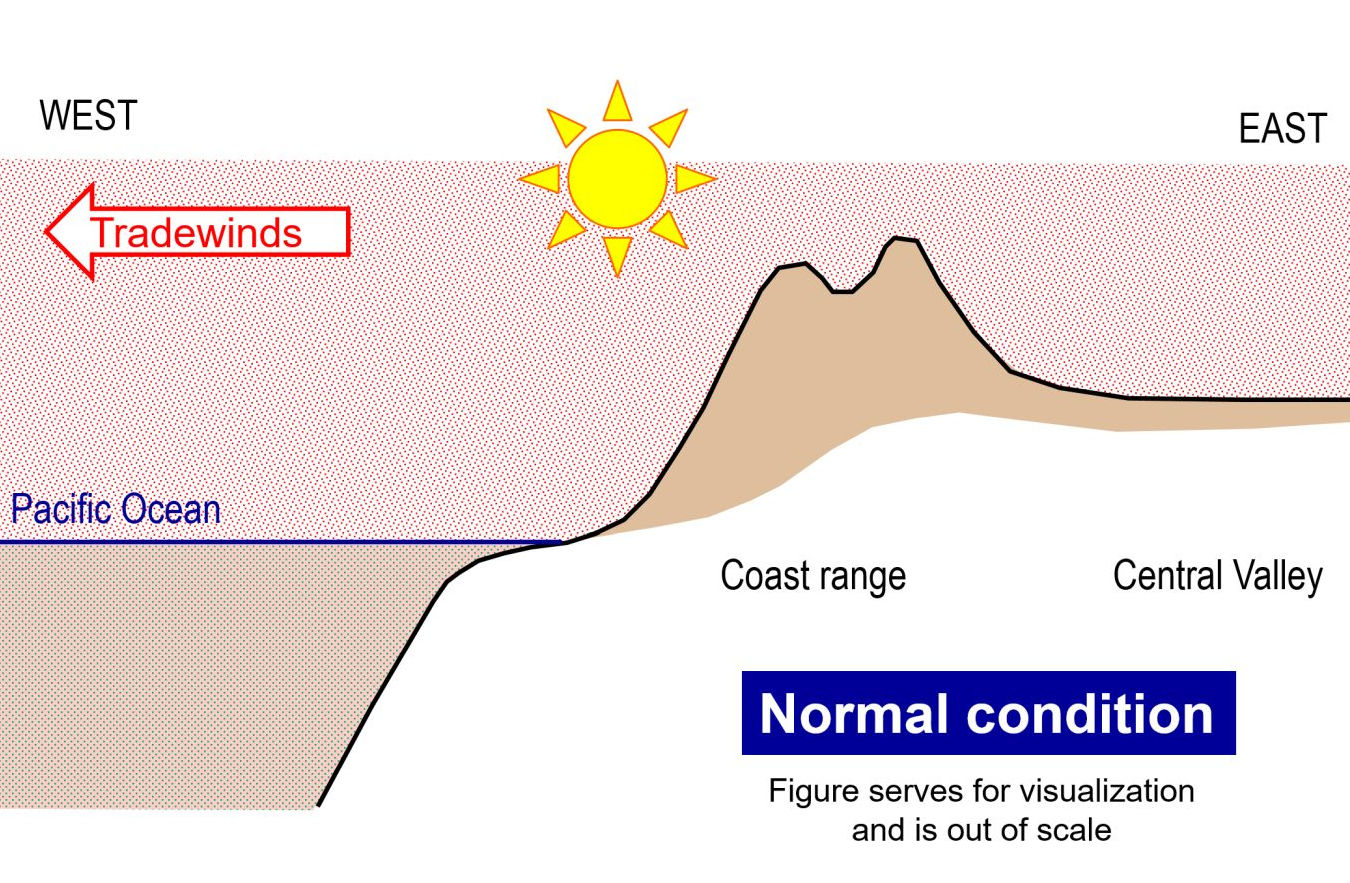