by Simone Helmer and Magdalena Steiner

Iquique is a Chilean port city in the Atacama Desert. Its average annual temperature is approx. 22° centigrade. Much more remarkable is, however, the average annual rainfall: it reaches less than 1 mm so that, despite the location of Iquique directly along the Pacific Ocean, one of the most arid climates on Earth prevails here. You can learn more about this interesting phenomenon in the contribution on the coastal fog and the christchild. The existence of Iquique is very much related to saltpetre mining in the late 19th and early 20th Century, when this valuable good was shipped away from here. Since then, the harbour of Iquique has lost part of its importance, even though it has the status of a free port (Zona Franca de Iquique or ZoFri). The city itself is popular among tourists and thereby profits from its beaches such as the Cavancha, but also from its scenic position directly at the foot of the coast range with Cerro El Dragón.

Change between different views of Iquique by clicking into the title photograph.

A walk through Iquique

Click on the arrows or into the photograph to enjoy different views of Iquique.

The clock tower (Torre Reloj) on Plaza Prat, the central square of Iquique. This tower was erected in 1878, replacing the older clock tower of the church which had been destroyed by fire. The tower was equipped with an English clockwork, and its eclectic architecture was a symbol of internationality at the times of the saltpetre boom. 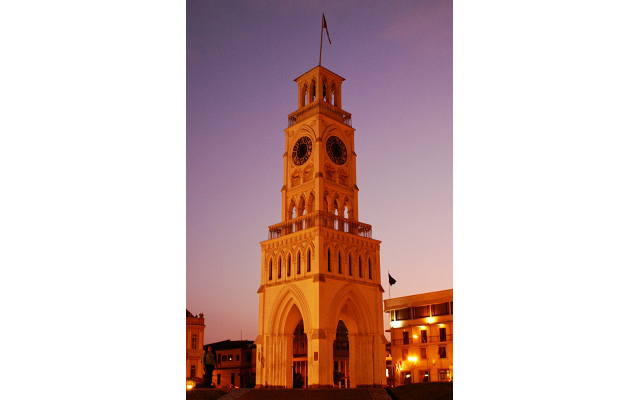 Iquique and Valparaíso: two unlike sisters

This sketch roughly illustrates the layout of Iquique, squeezed on a coastal terrace between the Pacific Ocean and the coast range with the dune Cerro El Dragón. Clearly visible on the graphics as well as on the images, many tall buildings are concentrated in proximity to the sea, whereas lower buildings are more common in the remaining part of the urban area.

The contribution on Valparaíso will help you in answering these questions. 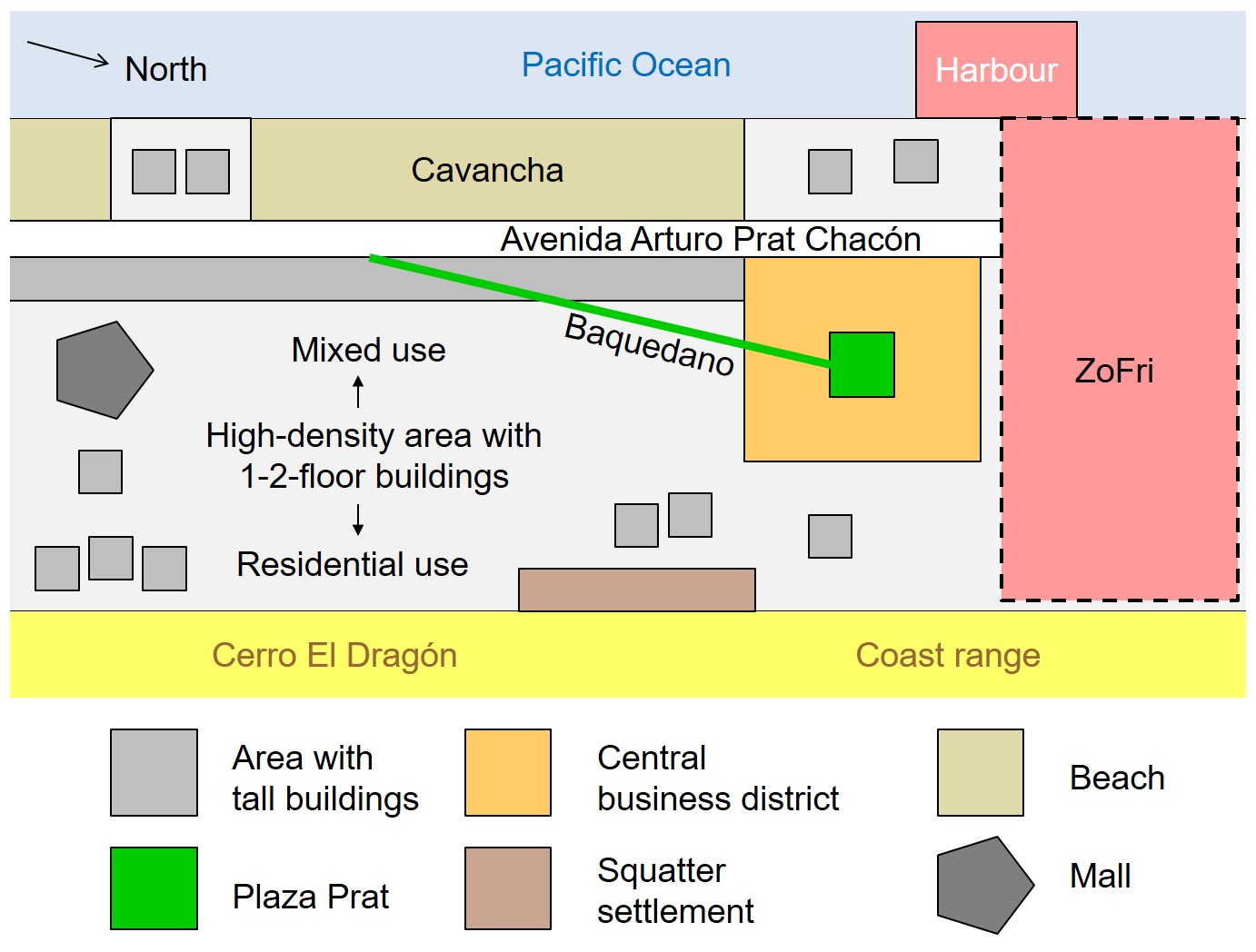