In the last decades, San Pedro de Atacama has evolved from a small and tranquil oasis amidst the desert to a booming tourist town. The vicinity to internationally renowned attractions such as the Salar de Atacama and the Valle de la Luna, and also its its native character, make today's San Pedro a hot spot of the backpacker scene. Let the llama Pedro and his friend Anna Alpaca guide you through the small town and its surroundings and talk to the people living there. 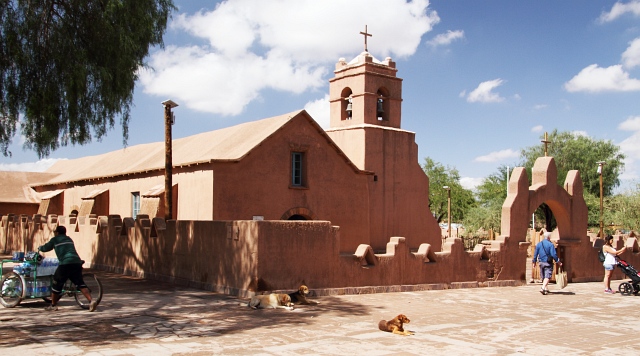 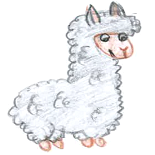 The llama Pedro from San Pedro

Explore San Pedro de Atacama and its surroundings together with the llama Pedro. To do so, click on the arrows or into the graphics. Note that Pedro does not speak English, but only Spanish and German which he has learned from some Austrian tourists.

This is Pedro from San Pedro de Atacama. Pedro is a llama. Such as many other inhabitants of San Pedro, also Pedro works in the tourism business. His family has been living in the Atacama Desert for a long time, but originally came from a small village high up in the Andes, which is populated by indigenous people. Decades ago, the family had to move to San Pedro, the booming tourist town in the region, as there were no possibilities to work in their home village. They offer various tours to the attractions in the surroundings, and also sell traditional clothes which they import from Peru and Bolivia, but also from China.

Click on the title symbol to learn more about the camelids of the Andes! 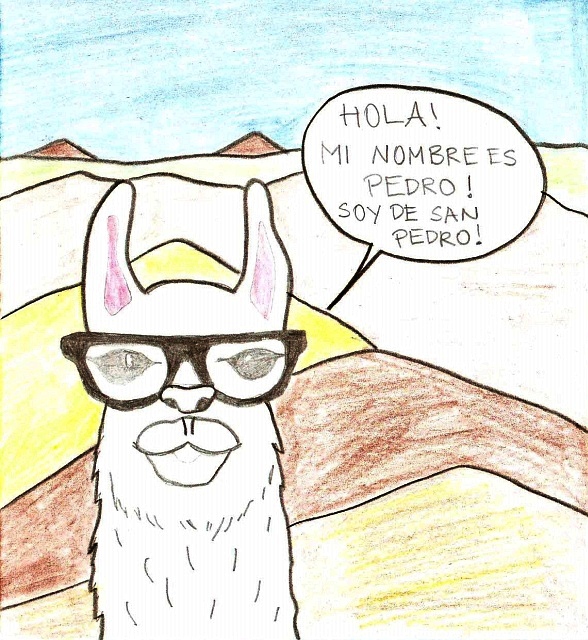 People and tourism in San Pedro

Selina and Thomas conduct interviews with two people who live and work in San Pedro. Join them and thereby test your knowledge of the Spanish language.

Try to answer the following questions, based on the movie: