In the European Alps, salt has been an important trading good for thousands of years. Sophisticated methods were developed to mine the so-called white gold from tunnels leading deep into the salty rock. On the other side of the Atlantic Ocean, salt was a valuable good also for the Incas, and maybe even for their predecessors. The Salineras de Maras, located in the area of the Valle Sagrado (Sacred Valley) at an elevation of about 3000 m asl., are such a prehistoric salt mine, which is at least hundreds of years old, but still used today by the local inhabitants. In principle, everyone within the community has the right to mine salt. However, the technique used here is completely different from the techniques used for salt mining in ancient Europe: people do not have to work in dark tunnels, because the Salineras de Maras are an open pit mine.

Salt: how it gets into the rock and how it is harvested

Unlike sugar, pepper, or other spices, salt is not a product of biological processes. Instead, it is a rock or a mineral, sometimes dissolved in water. Nevertheless, in the Salineras de Maras the salt is a renewable resource which is kind of harvested. Let us consider both the formation and the extraction of the salt in more detail.

Try to answer the following questions:

If you are unsure about the one or the other issue, you are invited to formulate two or more hypotheses. 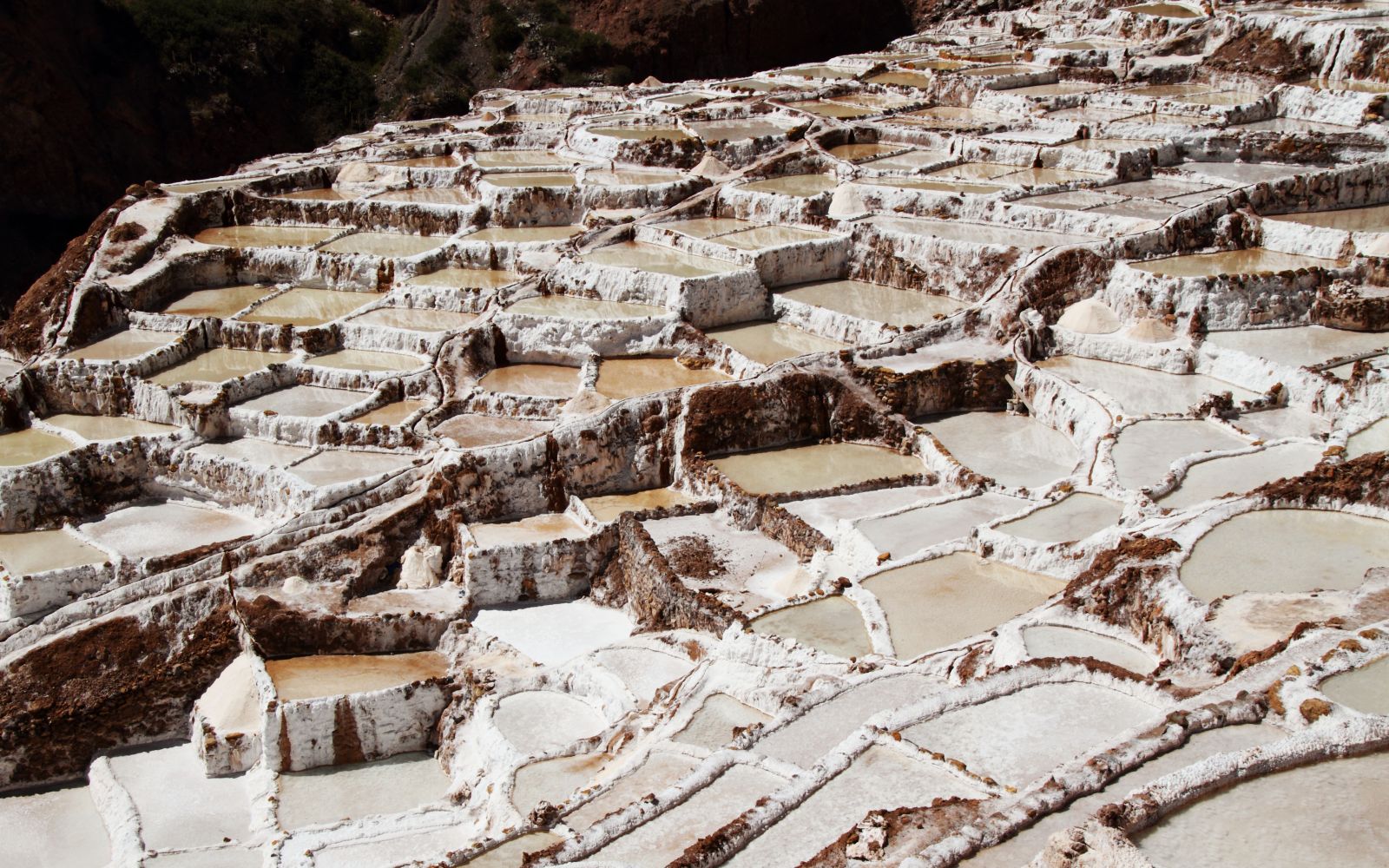 Rock salt or halite consists of NaCl. It is a so-called evaporitic rock. Salt deposits where water evaporates from shallow basins in tropical seas, or also in endorheic basins found in arid areas, such as the Salar de Atacama. As more and more salt piles up, the increasing pressure leads to its consolidation so that, over geological time scales, rock develops out of the salt. This rock may be involved in mountain building processes and thereby lifted up, tilted, and folded. The consequences of such processes can be nicely seen in the Cordillera de la Sal in Chile.

Click on the arrows or in the photo to learn how the salt is harvested.