Cusco was once founded at the head of the Huatanay Valley at approx. 3400 m asl., located in the eastern part of the Andes on the territory of the modern state of Peru. The city served as the very centre of the Inca Empire from the 13th century to the Spanish conquest. Even though the historic centre of Cusco shows many features of Spanish colonial cities, a closer look reveals a rich Incan heritage. Whereas the city centre is sometimes considered one of the most beautiful of South America and has been declared a World Cultural Heritage Site by the UNESCO in 1983, the modern Cusco has to deal with rapid growth, so that much of the Huatanay Valley - including the surroundings of the airport - is now an urban area.

Enter the historic centre of Cusco by clicking on the title image.

Cusco in the 21st Century

These aerial photographs were taken during a regular flight from Cusco to Lima. They illustrate the spatial extent of the former Inca capital in 2017, now occupying much of the Huatanay Valley and the surrounding slopes. Cusco, with its approx. 430,000 inhabitants, has spread so extensively that the airport, once at the edge of the city, is surrounded by the urban area. The glacierized peak in the background of the first image is Nevado Salkantay (6271 m) in the Cordillera Vilcabamba.

Explore Cusco from above by clicking on one of the arrows or into the photo. 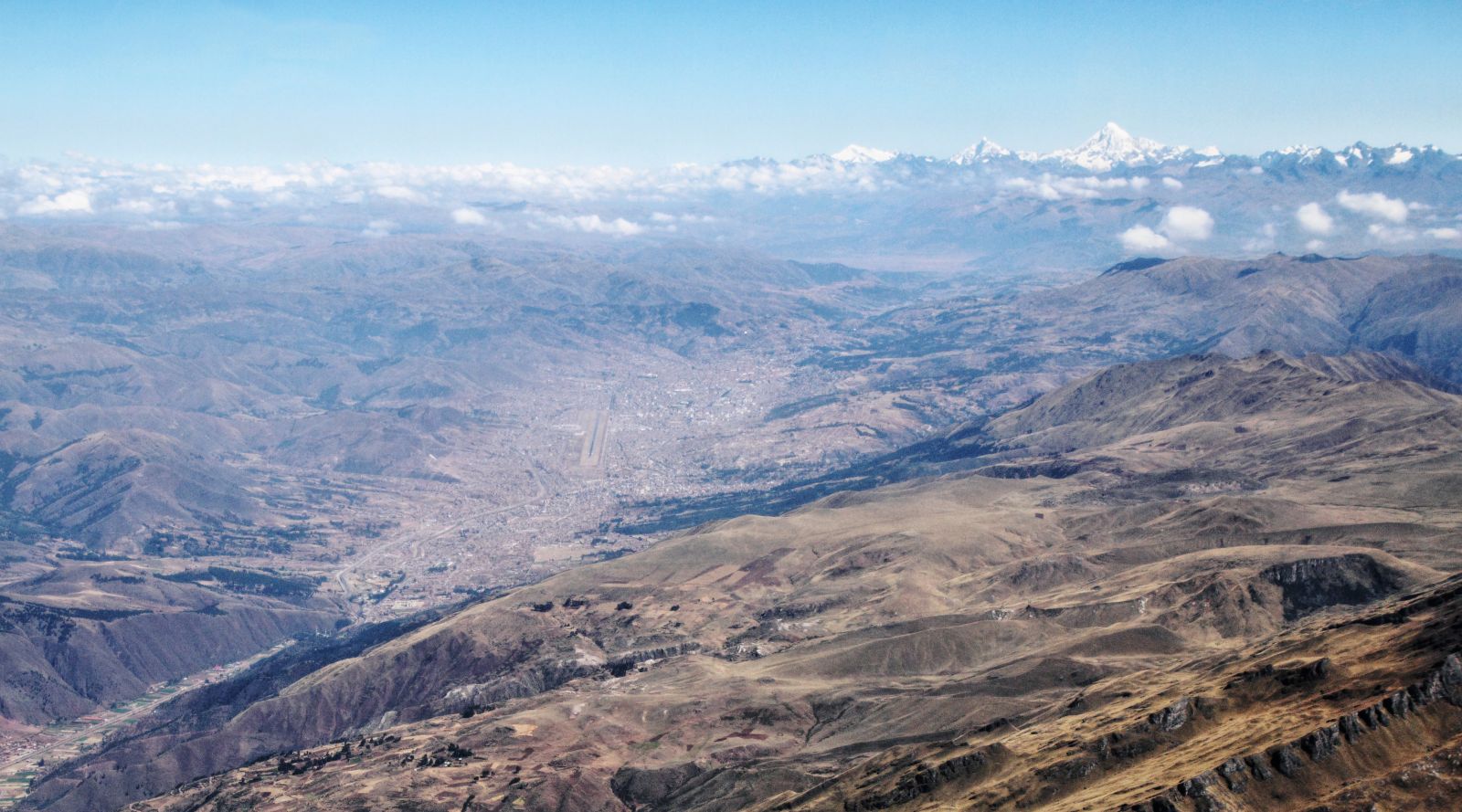 The heritage of the Inca 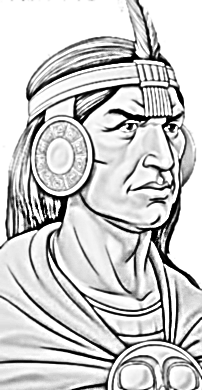 After an exhausting hike along the Inca Trail, starting from Machu Picchu, Pachacutec has finally arrived at Cusco. Before proceeding to Arequipa, he is very curious to see whether he can still recognize the city which he knows very well from Incan times. First he has to cross the extensive suburbs of Cusco, now huge and congested by car traffic. At the end, Pachacutec reaches the historic centre. Will he recognize it? Assist him in this task!

By clicking on the warrior symbol you can obtain more information on the road network of the Inca.

This photograph shows the Calle Suecia in the immediate vicinity of the Plaza de Armas in the historic centre of Cusco. Nowadays, shops targeting the numerous international visitors are lined up along this narrow alley. However, a closer look can reveal remains from Incan times, long before the onset of international tourism.

Try to describe the scene shown in this photograph. Can you identify features or structures that could go back to Incan times? 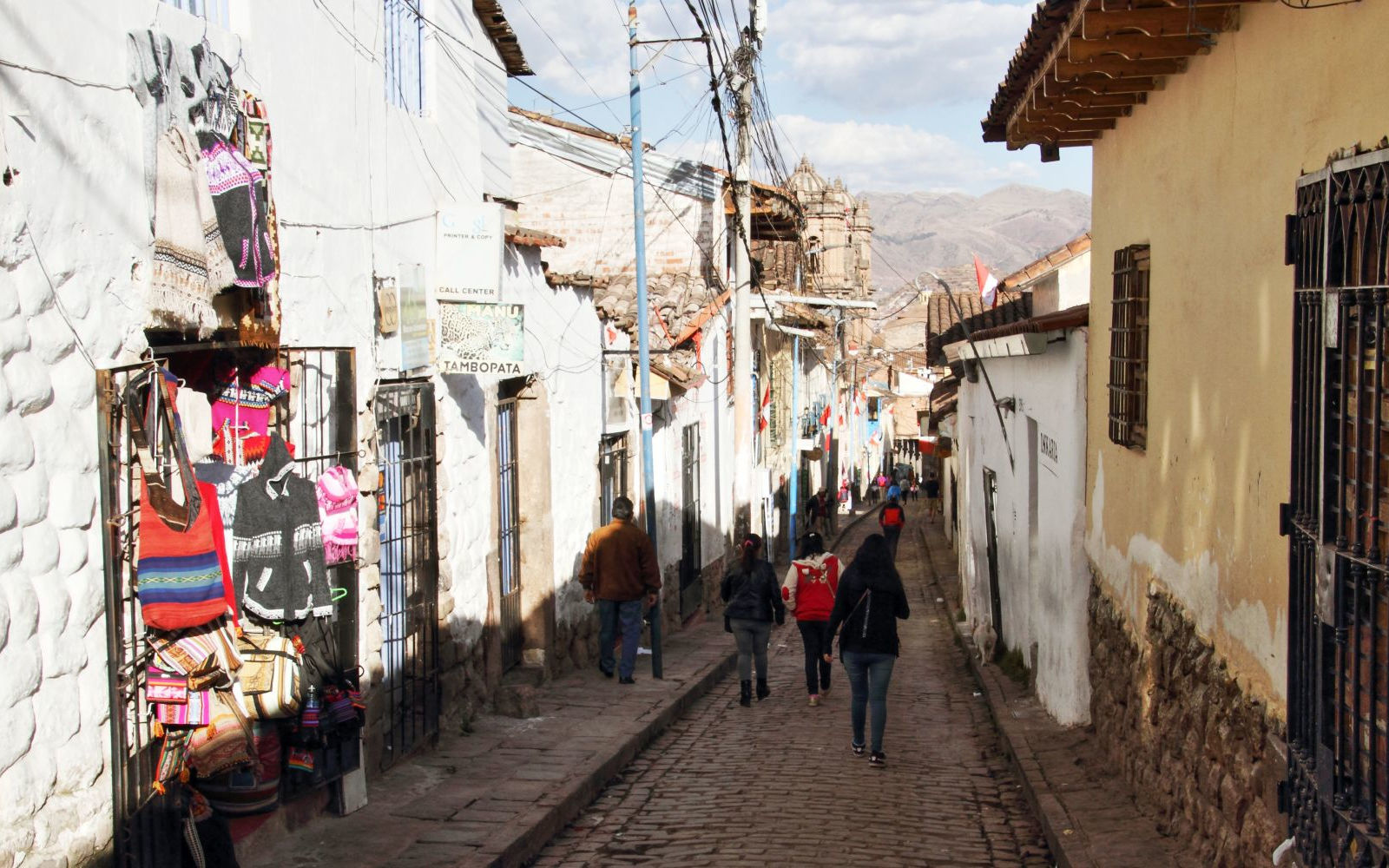 After the Incan town had been destroyed by the conquerors, the colonial Cusco was built on the old foundations, so that the ancient structure has largely been preserved. Calle Suecia could possibly follow the same line as its Incan predecessor.

The walls of the buildings mostly represent Spanish colonial architecture. However, the stones of the ancient foundations can still be seen in many places. The Inca had excellent stonemasons: this foundation of a former Inca Palace in Calle Hatunrumiyoc consists of perfectly fitting pieces of worked volcanic rock, with up to at least twelve angles (note the stone in the centre of the image). 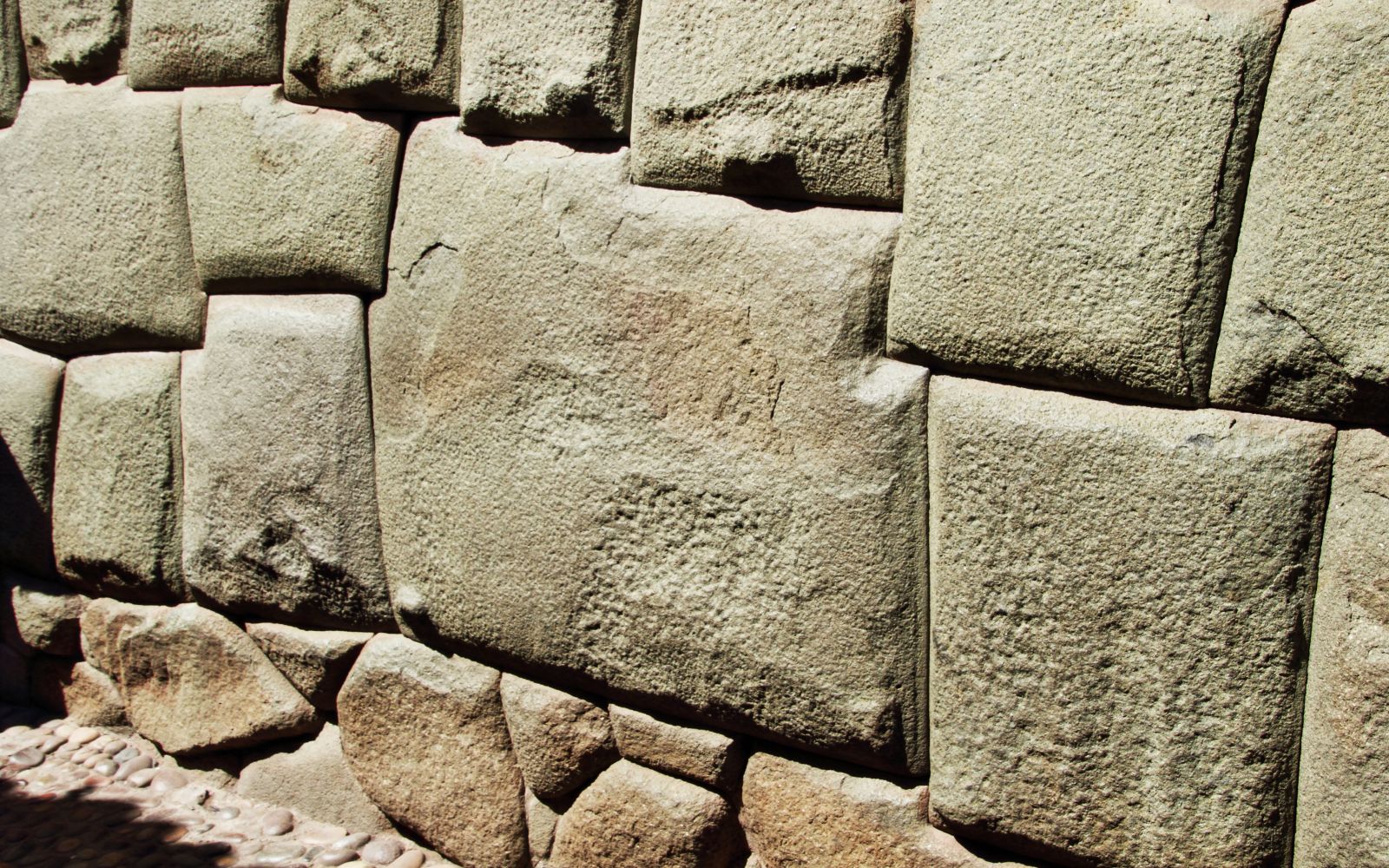 The fictitous character of Pachacutec is an idea of Simon Schmidthaler.