by Simone Helmer and Magdalena Steiner

Those who are crossing the Paso de Jama between San Pedro de Atacama and San Salvador de Jujuy might see a huge bus labelled Cruz del Sur. Those who are very attentive will also note that this bus has Peruvian number plates. Indeed, it serves one of the longest regular bus connections worldwide, linking Lima and Buenos Aires. These two cities were already important at colonial times, and so was the traffic line connecting them. Salta was founded in 1582 as a kind of service station facilitating the long and exhausting journey. Since the area of the city centre neither has particular topographic features - it is situated in a wide valley - nor was it destroyed by earthquakes or gained extraordinary importance later on, it serves as a classical example of a well-preserved Spanish colonial town - in contrast to cities like Iquique, Valparaíso, or Mendoza. Therefore it is also called la Linda (the Beautiful).

You can change the view by clicking into the title photo.

When walking through the centre of Salta, with some imagination you might well recall the colonial times. The narrow alleys - today one-way roads - are lined by buildings many of which are hundreds of years old. This picture is interrupted by churches on the one hand, and modern buildings on the other hand.

Click the corresponding check boxes and learn more about the structures and functions of the town centres. 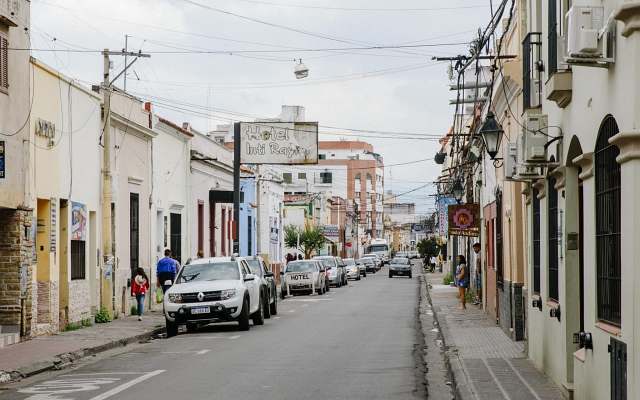 Largely irregular pattern of the road network in the historic centre

The historic centre is - or was originally - surrounded by a fortification.

There are mainly low, often single-floor buildings in the historic centre.

In summary, central European towns have grown over a long time, whereas Spanish colonial towns have been planned - therefore the regular layout. Furthermore, the function of towns as a refuge in case of attacks was more pronounced in medieval times of Europe. This explains the more compact plot with higher buildings and fortifications. Also some Hispano-American colonial towns had a city wall, such as Cartagena in Colombia, but this type of protective measure was much less common than in Europe. A central square with all the important buildings around is common for both types of towns. However, central European town centres may vary among themselves, depending on the region and the general situation: sometimes, the central square is even missing.

Click on the arrows or into the graphics in order to zoom to the central square.

A closer look on Salta reveals that the roads are arranged in a chequerboard pattern. Spanish colonial architecture is still dominating, mainly because those who chose this style once enjoyed tax privileges. Colonial buildings are very common mainly at and near the central square. Historic buildings are increasingly encountered towards the centre. Also the shop window index as well as building height generally clearly increase in the same direction. The condition of the buildings in Salta is very heterogeneous. It is relatively good in the centre and in the periphery, whereas some degree of dilapidation is noted in between. 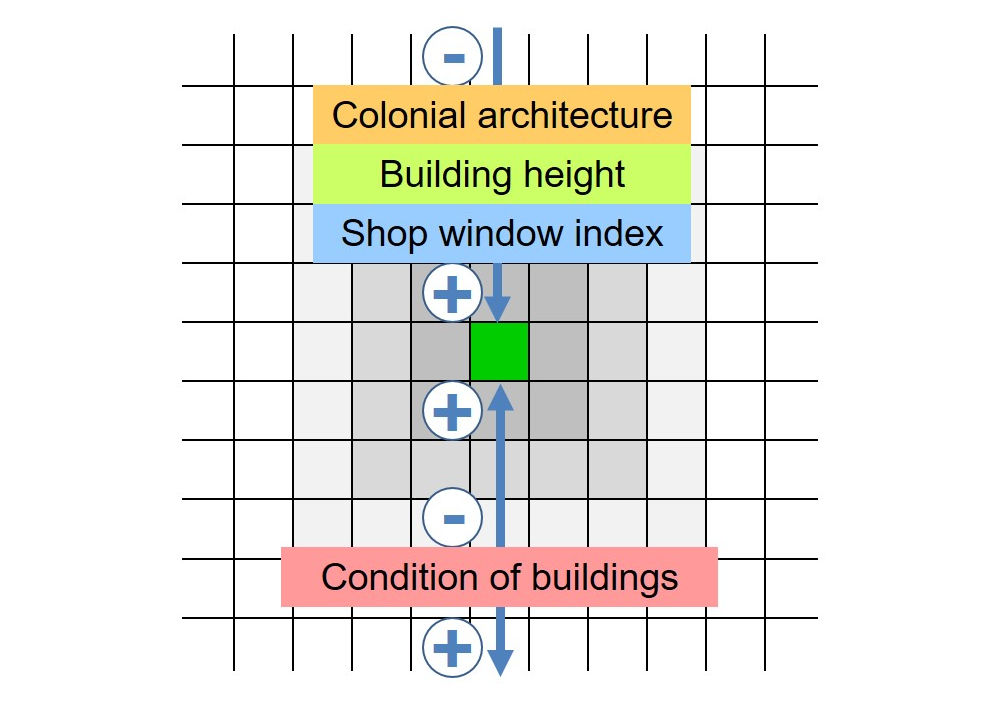