Upstream from Horcones, the National Road 7 first follows a relatively wide and flat valley - the backwater area behind the rock avalanche deposits of Horcones - before a somewhat steeper ascent through a narrow gorge leads into a short tunel ending up in Las Cuevas. Las Cuevas is a small village with an abandoned railway station close to the Argentine-Chilean border, where the road disappears in the Túnel Internacional Cristo Redentor, the three kilometres long border tunnel to Chile. Las Cuevas is not only interesting because of its history, but also because of some prehistoric landslides which took place in the surroundings of the village.

Click into the title image to switch between different views of Las Cuevas.

A photographic foray through Las Cuevas

Click on the arrows or into the photograph to take a short walk through Las Cuevas. What is your impression of this village?

The railway station of Las Cuevas was in operation between 1910 and 1984, and is subject to decay since its abandonment. The track from here to the Chilean town of Los Andes was electrified, in contrast to the Argentine section of the track. 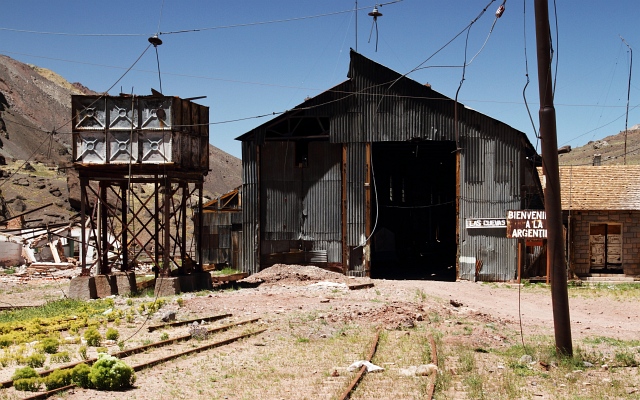 The rock avalanches from Cerro Tolosa

Click on the arrows or into the photograph to see the rock avalanche deposits from another perspective.

The deposit seen in the landscape is most probably the result of two rock avalanches, both dating back to the Late Glacial period (approx. 15,000 and 13,000 years before present, even though the results obtained with different dating methods vary among themselves considerably). Also the possible release area of the rock avalanches is well visible: the events probably started by initial rock slides along slope-parallel rock interfaces. 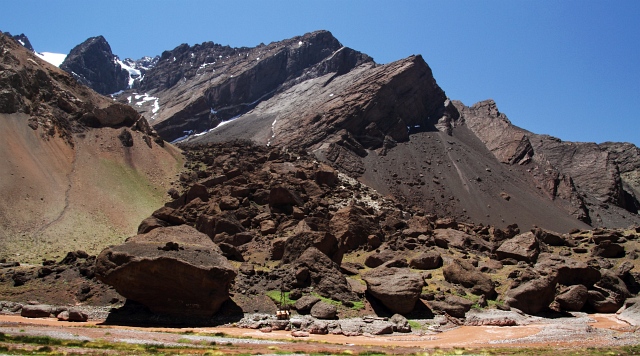