It is often problematic to make generalized statements on the society of a given country and, on this basis, to draw conclusions on the real situation of the people. Certain indicators, however, allow us to compare different countries and regions, but also to highlight temporal trends. A useful tool to do so is Gapminder. Employing this interactive framework, we will now compare selected socio-economic indicators for Chile and Argentina to those for Austria and other countries. This will enable us to highlight similarities and differences beween these two countries, and to compare the situation there with our own socio-economic environments.

First, let us consider life expectancy and the birth rate per woman. These two indicators allow us to draw some conclusions on the age structure evolving in a society in a given country or region. According to the model of demographic change, the mortality rate first decreases due to the progress in medicine with increasing level of development. After some time, the socio-economic conditions lead to a decrease of the birth rate, as it is shown in this graphics. 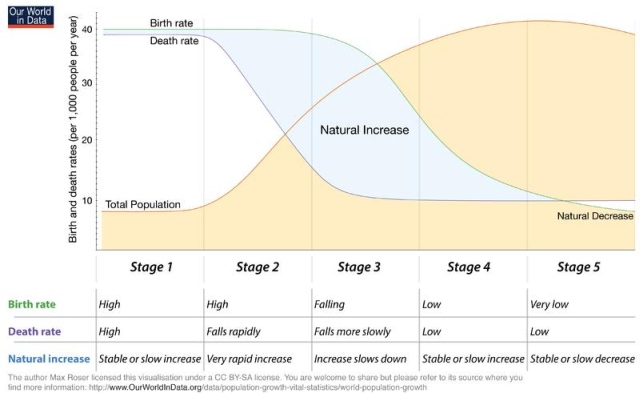 Can these ideal types also be confirmed for Austria, Chile, and Argentina? What are your observations with regard to the development in the individual countries?

The Gapminder Tools help you to visulize socio-economic indicators of the individual countries. You can display the desired indicators on the x- and the y-axis.

The Gini Coefficient over time

Compare the evolution of the Gini Coefficients of the selected countries.

The economic crisis in Argentina

In 2001, the economy of Argentina once more fell into a severe crisis. The economic performance of the country declined considerably, whereas the neighbouring country Chile was not affected by the crisis. There were currency depreciations, decreased spending power, and an increase of the costs of daily life, as well as cuts of social services. The reasons for the crisis were the strongly increasing national debt, capital flight, and an overvaluation of the Argentine Peso. Whereas the share of income of the lowest 10 percent declined drastically during the crisis, the share of income of the upper 10 percent even increased.

Click on the arrows to switch between different indicators.