Punta Arenas is the capital city of the Chilean region of Magallanes y Antártida Chilena, and with a population exceeding 100.000 it is the southernmost city worldwide of this size. Formerly founded as a correction colony, Punta Arenas later gained importance as a port town and as a centre of sheep herding. Nowadays it presents itself as a modern urban centre with all amenities. However, outside of the very centre, the impression is more rural due to the dominance of rather small wooden houses. The title image shows the centre of Punta Arenas and the Magellan Strait in December 2006 as seen from the Mirador Cerro de la Cruz.

Clicking on the photograph leads you to the same view in February 2018, so that you can see the (few) changes that happened during a period of more than 11 years.

Punta Arenas: end of the world?

Compared to other cities of its size, Punta Arenas is located in an extremely remote place.

Estimate the distance between Punta Arenas and the following four cities: 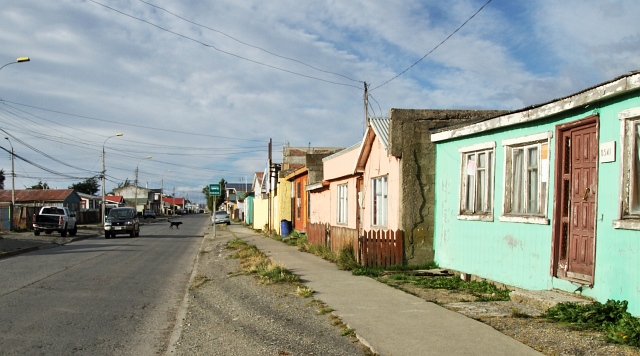 Punta Arenas as a port city

This old pier is only used by cormorants any more. Even though the harbour of Punta Arenas still has some relevance - for example for cruise ships - it has lost much of its importance due to an event that happened in the early 20th century.

Which event could this have been?

The opening of the Panama Canal in 1914 made it unnecessary for ships to navigate all around the South American continent. In this regard, you can also have a look at the contribution on Valparaíso. 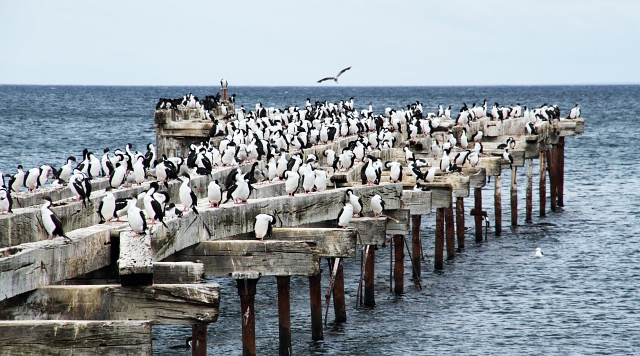 As in the entire country, and many other parts of South America, the population of Punta Arenas is mainly composed of the descendants of European immigrants.

Take a stroll through the cemetery of Punta Arenas, recognized as one of the most beautiful cemeteries in the world.

Croatian immigrants came to Punta Arenas particularly in the late 19th and early 20th century, in order to search for gold and for herding sheep. The grave of the Kusanovic family shows that at least some of them have achieved a considerable degree of wealth. 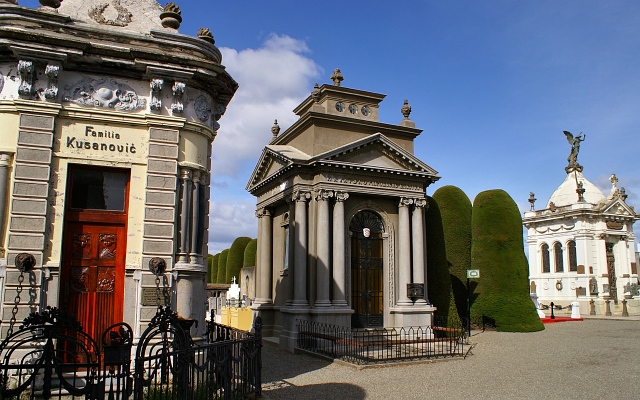